First, note that NASA’s budget has been less than 1% of the total federal budget (for 2016 it is 0.6%). Numerous studies have shown that the return on investment from space exploration is practically unmatched, publicly or privately. 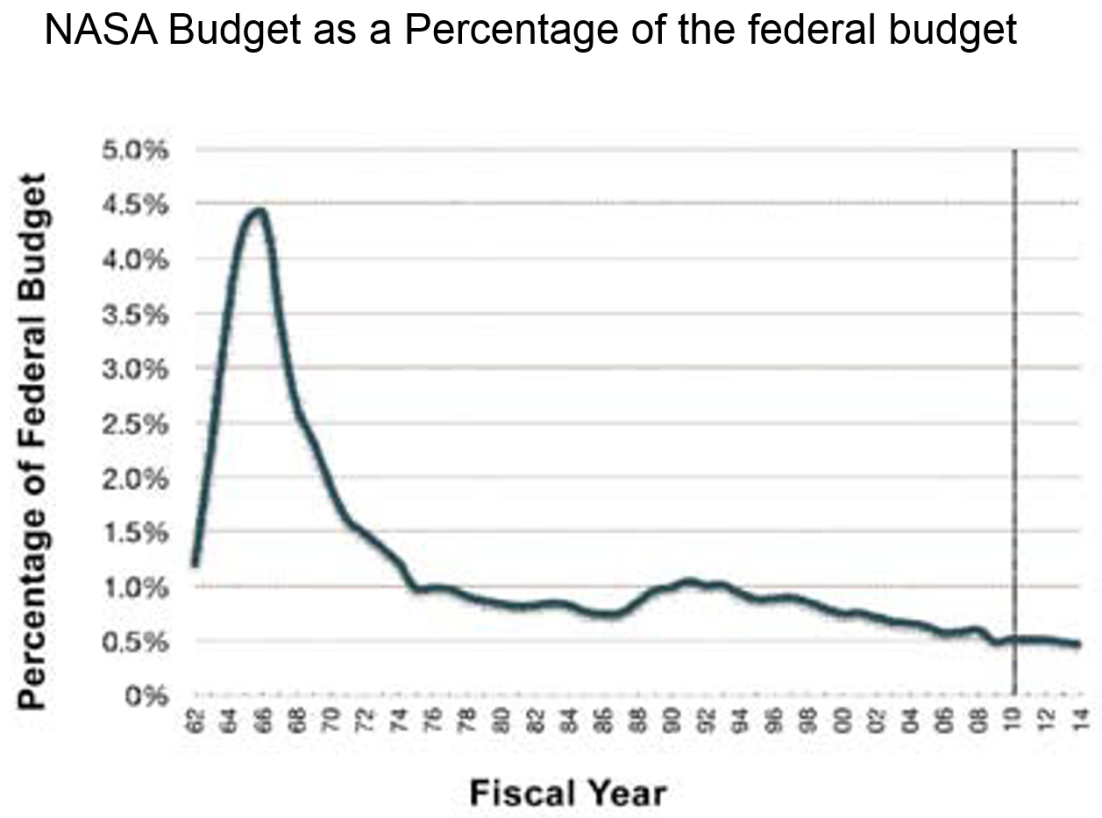 It is important to point out that NASA does lots of things! Space and advanced research areas force our brightest minds to solve incredibly difficult problems, where unique constraints and extreme environments necessitate creativity and innovation, to an extent not encountered elsewhere. NASA’s pursuits are symbiotic, needing one another to thrive. You simply would not have things like GPS and weather satellites, without efforts in planetary exploration, manned space flight, and ballistic missile and aeronautics research. Some direct benefits:

All this stuff is great, but why we really explore is the same as why we write poetry and music, why we ponder the nature of matter, and ask questions of philosophy. It is the very best expression of what makes us human. We seek to understand our Universe, and thereby understand ourselves.

Many have asked, and still do ask, why do fundamental scientific research? Where nothing tangible may arise (and often does not). They ask, perhaps our limited resources are best spent elsewhere. Here is one small example of why the answer is emphatically NO. Fundamental research of matter led to quantum theory, which led to the possibility of transistor circuits in silicon, which led to the computer revolution, and eventually to the Internet revolution. None of this was conceived of by those early ponderers who blazed the trail. If not for our humanity, it is important for us to explore the final frontier of space, because doing so pushes us forward into the infinite unknown possibilities of our future.